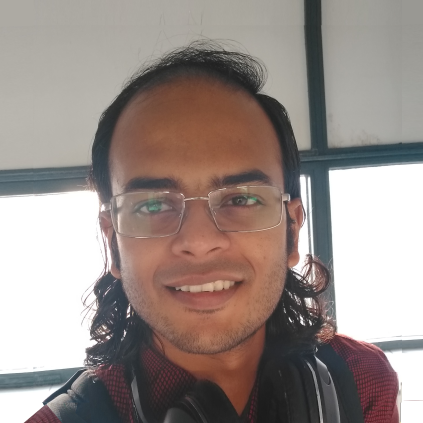 My name is Vishesh and I come from India.

I am currently in my final year of the Nanoscience TopMaster program (fully funded) at the University of Groningen, the Netherlands. For my master thesis, I am currently working on the optically induced Spin Seebeck Effect in 2D and 3D magnetic materials in a local and non-local device geometry which helps in understanding the physics of magnon spintronics. I will graduate by mid-July 2021. Apart from science, I like to play cricket, explore nature and listen to slow and soothing music.

The project that I got selected for is very exciting and fundamental to SPEAR. It is based on imaging of skyrmions in antiferromagnets which can prove to be an ideal memory storage system in the future. The far goal of realizing a magnetic racetrack memory consisting of skyrmions requires a very fundamental understanding of skyrmionics in general. I look forward to joining the Wiesendanger group, who are pioneers in this field and pushing the limit of using SP-STM to image and write/delete skyrmions in magnetic thin films.

My goal for the future is to stay in academia and contribute to science via doing good quality research in the field of quantum magnetism. By doing a PhD at the Wiesendanger group under the guidance of Dr. Kirsten von Bergmann, I hope to get a good hold of the technique of SP-STM and then carry out a post doc in most probably, ‘the magnetic racetrack memory’ where I can learn something more advanced which can help me use the knowledge of SP-STM based skyrmionics and maybe someday realize a working device! It all sounds a bit ambitious, but is very exciting!

The tasks include the ultra-high vacuum growth and optimization of the samples. For the characterization of the magnetic states spin-polarized scanning tunneling microscopy will be used, which combines spin sensitivity with atomic resolution and is thus capable of detecting antiferromagnetic skyrmions. Moreover, the probe tip will also be used to locally write antiferromagnetic skyrmions into magnetic films using vertical currents or electric fields [2,4].

As a University of Excellence, Universität Hamburg is one of the strongest research universities in Germany. The Department of Physics has been awarded two clusters of excellence as part of the Excellence Strategy and it is involved in three core research areas of the University, including nanostructure and solid state physics.

The Nanoscience group is headed by Prof. Roland Wiesendanger, and Dr. Kirsten von Bergmann is one of the Senior Scientists. The research group typically has about 30 members on the PostDoc or PhD student level. The core expertise is low temperature scanning probe microscopies in magnetic fields. In particular, spin-polarized scanning tunnelling microscopy is routinely done down to the atomic scale and standard surface science ultra-high vacuum equipment complements the laboratories for sample preparations.

MLU (Halle, Germany), under the supervision of Ingrid Mertig.

Scienta Omicron (Taunusstein, Germany), under the supervision of Jürgen Köble.